In two fairly inspiring conversations this week, colleagues of mine at Cal State LA planted some very interesting ideas in my brain; ideas that may seem routine in the worlds of systems and programming, but ideas nonetheless, which could revolutionize – or at least dramatically change the way we currently make news content. 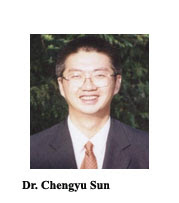 First, Dr. Chengyu Sun listened ever so politely as I rattled on about our plans for using computer resources to do the job of gathering and evaluating news more thorough and more efficient.

The major topic of our discussion was on the topic of databases. I’m not talking about a couple hundred records of names and addresses in a so-called ‘flat file’, but rather a potentially massive media database that would make available to users vast quantities of photos, audio, video, text, flash animation, sound-slides, and other media content.

As I saw it, there were three broad scenarios available to us:

First, the use of fairly high-end consumer computers (in our case Mac Pro G5s, with dual Intel processors) installed in our department. We are already using this set up to manage some small text/number databases accessible by faculty, students and staff. There would be some obvious storage and bandwidth limitations on this set up, but it could work as a rudimentary arrangement. 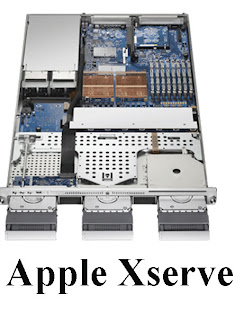 The second scenario I envisioned was the purchase of a commercial server; in our case an Apple Xserve dual core Intel Xeon server with up to 3GHz of processing power. This server would be installed on campus server racks and would eliminate our need to manage back-ups, crashes, updates, etc., but would not only cost us a bit of our very limited budget, could potentially pass on band width problems to the campus. This was not a great solution, because there is an existing history of faculty installing servers here that essentially jeopardized the entire campus system. That faculty member was reprimanded and the server shut down. This wasn’t the kind of arrangement we wanted.

The third scenario I proposed was the leasing of server space at commercial sites off campus, which would handle bandwidth problems and could expand with our needs. The problems, of course, were with money. While server space is relatively cheap at the moment, the cost of band width alone could quickly eat up our entire budget.

Dr. Sun endorsed a scenario that we had pursued as a quick fix solution: embedding media players in our site so that we could filter media through our own editorial process, but still take advantage of the commercially existing media databases online, such as You Tube or Google Video (related sites, but not the same thing…). I had (incorrectly) assumed that we would lose control of our ‘branding’ of the page. That is to say, we wanted to feature videos which has passed through an editorial process in our enterprise before posting them online.

Our graduate programmers, Dhaval Joshi and Manish Sharma came up with a very simple and elegant solution, based on the ideas Dr. Sun endorsed (though Dhaval and Manish had started this work as an interim solution prior to Dr. Sun’s recommendation). That page, under construction, not ready for comments, and definitely not open for business is located at: http://coolstatela.com/coolstate/videos.html

Dr. Sun was so patient with me. I am a journalist, not a programmer or systems expert. His smiling and kindly insistence that taking advantage of other commercial site’s storage space and band width was a revelation.

Today, meeting with Dr. Russ Abbot, I laid out an over-view of three projects I had spoken with graduate students about recently. It is my hope that these three students will take on these projects, which I will explain in a later post.

While the details of each of those projects are interesting in and of themselves, features of which could have a dramatic effect on how we gather and distribute news content, Dr. Abbot was more concerned about my overall lack of vision on how to integrate the disparate and unruly parts of our enterprise. While I have prided myself on the tireless work I’ve done getting phones installed, replacing old furniture, and setting up infrastructure and manual work-flow systems – sort of rambling on and on, Dr. Abbott patiently listened to my blathering and finally asked me “Yes, but how do all these parts work together?”

In the rush to get a news paper published, to get a web site launched, to produce and develop novel and innovative new news delivery systems, I’d sort of missed the big picture: all of these elements have to work together as a whole, not just in the theoretical or editorial sense, but in the system sense as well.

I’ve got some serious think-time ahead of me. It’s not at all clear that I can come up with answers for any of Dr. Abbott’s questions, but it’s probably a good thing that I am at least asking those questions.

Looked at your video site. Looks good. But Blue wants to know where the interviews with the CSULA cats are?