I have always loved the spirit of this holiday season.  This is not news - most people revel in the smells, the sounds, the sweetness of life around this time of year.  I've been laying low for a number of reasons, but rest assured that Scrooge hasn't taken over, nor that for any intellectual reason I've given up on the holidays, it's just that circumstances this year have conspired to make it difficult for me to reach you personally.

The deaths of two of my dearest and closest friends in 2012 have left me reeling.  My travel companion and radio reporting genius Claes was stricken with a heart attack in April, and was suddenly gone.  I had dinner with him on Thurs. night, and on Sat. morning, he was dead.

Then, exactly seven months later, on Nov. 15, one of my dearest and oldest friends in Los Angeles, Christopher David Trentham died after a shocking short period following a diagnosis of Pacreatic cancer, which took him in about three weeks.  I was at Harbor City Kaiser Hospital when he passed, and it was a profoundly moving experience.

Also, I'm putting together the documents I need to apply for promotion to full professor at Cal State LA.  This is a grueling, time consuming process - like preparing a thesis or term paper.  Fortunately, the deadline is Jan. 9, 2013, so it will be over soon.

So, the sum total of all those things, plus my normal manic work schedule at school and tight funds (no raise since 2008; another reason to go for Full Professor:  it comes with a bump in salary!)has kept me close to home.

I spent Christmas eve in the home of my beloved friend Magdalena Alvear Galt, sister of Cecilia.  Their sister Rocio was down from San Luis Obisbo, as well as all their extended families.  At the dinner table, you could hear Danish, Spanish, French and English - folks were visiting from many quarters of the planet.  It was a beautiful, heart-felt evening.  If you can't be with your blood family, (whom I love like life itself) you couldn't do much better than being with your 'chosen' family, where I have been welcomed and embraced for many years.

So, that's a long explanation for why you may not have heard from me this holiday season, but please, please, please assume that I am thinking about you, I hope to hear from you, and I will work harder to get in touch with you during this coming year.

I wish you the merriest of Christmases and a joy filled new year.  May 2013 find us surrounded by love, sharing good food and drink, and reveling in abundant laughter.
Posted by Jon Beaupre at 6:14 PM No comments:

Here's a great way to post a geographic 'info graphic' on your site:  embed a portion of code from Google Maps that have posted on them addresses that you have chosen.  Pretty easy too:

This let you embed all sorts of interesting information right in your blog.  Try using this info-graphic technique to customize information for your own site. 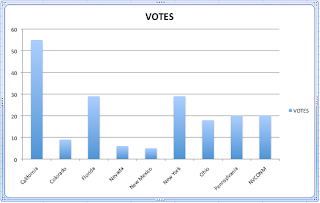