I’ve never had a significant surgery

…before April of this year.

Scared, anxious, utterly aware of the seriousness of
this surgery, so close to my spinal column, but it simply became a reality:  I was unable to function ‘normally’ without doing something about the shooting leg pain that never left.

* * *
The staff at USC Keck were wonderfully reassuring and supportive.

Then they stabbed me full of needles, put sensors all over my torso,  drew a bunch of my blood.  Plastic tubes hanging off my body, some pumping stuff in, some taking fluids out.  Ok so far.

The neurosurgeon, Dr. Liu, not only explained what would happen, he also reassured me of the effectiveness of this procedure.

Finally, wheeled into the operating room, filled with massive machines, and a very kind, friendly staff again.  Head nurse – I think his name was Zac – covered with tattoos.  I felt at home.  It is the eastside after all.  I surrender.

Dr. Chbeeb, the anesthesiologist, is impossibly young.  I asked him why he specialized in anesthesiology and would it make any difference that I taught at CSULA while I’m in a USC hospital.  He laughed and said he liked taking people’s pain away, and no, they were happy to accept patients from CSULA.  We bumped fists (less infection possibility than a hand shake).

Someone said “Already.  Let’s put this patient under…”  My body flooded with Valium and other nice things.  I’m instantly warm, comfortable, very drowsy.  This is going to be no sweat.

* * *
The operation is called a ‘Decompression of the Lumbar Spine.’  What was astonishing was that for the complexity of the procedure, it took just two tiny incisions.  Amazing.

* * *
I awake screaming, tears squeezed out of my tightly closed eyes, in more pain than I have ever felt.  I squeeze the side of the bed so hard, I managed to jiggle around all the tubes and needles in my arm so that I end up bruised from the back of my thumb to my elbow.

I thought these people liked me!  Now it just seems like they’ve found exactly the nerves to inflict the most pain possible.  Not true, of course, it just felt that way.

“Give him some more…” someone says.  Still, screaming pain in the core of my body.  “A bit more” the voice commands.

Pretty quickly, the absolute worst of the pain subsides, but I’m clearly in for the long haul.

* * *
Working through the pain at home has been hard, as the anesthesia has worn off, and I’m back to existing outside the all-encompassing embrace of the hospital.

My former student Luis has temporarily moved into my place to help me out for a couple of weeks.  He’s as close to a son as I can imagine.  We have a long history, mostly of my mentoring and developing a close friendship, helping him in any way I can, and he helping me numerous times by staying in my place when I am out of town, shooting and editing news projects, and in general hanging out with mutual friends.  Right now, I’m really leaning on him as my main ‘wing man’, helping with the heavier chores and cooking.

On that front, Luis is a grad of Cordon Bleu, and every time I turn around, he’s cooking delicious, tempting food – this may turn out to be the best thing about recovery.  T-Bone steaks, grilled squash/eggplant/onion & granny smith apples.   Potato leek soup with smoked pork neck bones.  Chilaquiles, with salsa.  Croissant bread pudding with stewed strawberries and pears.  Luis is great company; we have lots to talk about, and he laughs easily.  Compared with what I would be getting in a recovery hospital, I’ve struck it rich.  Luis brings friends over, which helps make my place a little more lively – he’s a great room mate, and really puts me at ease.  I know if there was a problem, he’d be there.

* * *
Which brings up the big issue of this post.  A week after the surgery is my birthday.  I’ve finally attained 62 years, which a week ago didn’t seem possible.  Today, with back brace, a walker, pain meds, and rehab on the horizon, I’m really feeling every one of those years.  The two hour surgery requires only two band aids.

Despite the obvious care and concern of the great staff at the hospital  (especially to prep nurse Simone, who kept up a steady stream of conversation with me that was both funny, reassuring, and graceful in what she had to do and supervise in prepping me for surgery.  I’m quite simply in awe.)  The surgery and my birthday being so close to each other inevitably raised questions of age, mortality, fragility and how our lives are likely to be more and more impacted by health care, medicine, examinations, labs and the like as we grow grayer.

Also, this is a big one.  Sixty two was the age generations before us were allowed to move off the production line, and start taking life easier.  For my generation, 62 will just fly by.  As soon as I recover from this surgery, I’m back to work, and not likely to even consider retirement for at least another decade or more.

So I’m back to feeling a little anxious; not short-term, like worrying about the surgery, which is done, but long term.  How much productive time do I have left?  Have I treated the people in my life with the respect and affection they deserve?

Have I thanked people enough?  Not just regarding this surgery, but in life, in general?

On my actual birthday, April 19, my personal social media started going crazy early in the morning.  By 12:00N, there are 19 voice messages, 26 texts, and an uncountable number of emails and FaceBook birthday messages.  A lot are from students, both current and from the rest of my teaching career, and from so many people from my past, some I haven’t seen in decades.  I get a call from my friends George Lewis and Cecilia Alvear.  George's birthday is a day before mine, and I've celebrated with their families for a number of years.  Cecilia called me up so that the whole gang at her house could join in singing happy birthday to both of us (and Cecilia's sister Magdalena's 4 year old grand daughter Sasha).

The birthday messages move me.

I’m a cynical journalist, media watcher and teacher.  I remind everyone that it takes just a couple of clicks to send a birthday wish, usually from people who wouldn’t be reminded if it wasn’t for the electronic wizardry of FaceBook.  So as a media theorist, I’m jaded and unimpressed.

On the other hand, no one is forced to send me these kind thoughts.  On this count, I have to give FaceBook my grudging admiration.  The simple ability to send a nice thought to someone easily is the internet at its best.

I am virtually positive that there are folks who deserve more recognition than I do, and I don’t see this long string of postings as proof of my popularity.  Rather I see that long list of messages from people who took a few seconds to write me as part of the rich web of relationships, shared experiences, and connections we have stitched together over the past half century or so.

Old pal Linda was a friend in high school.  We had years of adventures in her VW bug, getting into the kind of benign trouble you are supposed to at that age.  I’ve had no connection to Linda and that circle of friends for 45 years.  Students, like Carlos in San Diego, who has been a pal since he was my student, nearly a decade ago.  I’ve always been proud of his accomplishments and love hearing of his adventures (newly minted dad!).  Friends in Pakistan, Singapore, Europe, and all across the country, from Hawaii to New York, Australia to Canada check in.

Each of my siblings, who know me better than anyone, call to rib me and offer me canes and walkers. (Sadly, I actually have the walker as part of my rehab.)  Rod, who was not only a student, but was also a staff member of our department, and after that an extraordinarily generous and successful producer at one of our major local networks.  He’s come back to school so many times to give inspiration and advice to our students, I don’t know how I can ever repay him.  The whole circle from a decade and a half in New York.  Undergrad school (Univ. of NV, Reno) and Grad School (NYU), a students from a semester teaching in Indiana – not just friends, but groups of friends; circles intersecting with other circles; faculty friends at my current school, Cal State LA, from my old life in radio at KPFK, KPCC and on NPR…representatives from all of them. 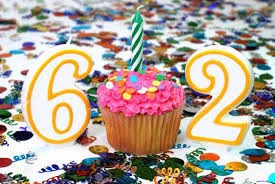 So, sure, it’s never been easier to pop out a Happy Birthday and be cynical about it.  But even from that perspective, I get a lump in my throat as I read down the list.

You didn’t have to write me, but you did.

It’s not a competition, but I can’t help but feel that there are a few people out there who remember me, who care about me, and in many more cases than I can count or deserve, who love me.

It’s humbling, but nourishing and about the best medication someone recovering from surgery could ask for, regardless of age.

It will never be enough, but I hereby post my thanks nonetheless.

Well, I think I did NOT get your birthday reminder, but I'm so glad to see you are now almost your former self. See how great illness is!! It makes you so happy for all the majority of the rest of your time that you're fine!! Ok, Jon, Happy Birthday! You've got a lot more to come!! You're welcome back to Peru any time!!