Many years ago, in Virginia City, I befriended some young monks who were a part of a small Yoga community. (http://www.hinduismtoday.com/archives/1980/04/1980-04-01.shtml) The swami, whose name was Subramuniya, had led these acolytes into the mountains of Nevada, to meditate, to reflect, and to run a graphics and print shop that served the rest of growing empire. One of the young brothers in particular took a liking to me – I was all of 14 or so at the time. His name was Chris, and he explained why he had left his family in the east, had given up his Christian upbringing to take up with Subramuniya. He told me that among other things, since the guru had contemplation centers in Hawaii, California and other places, he could move his students around as part of their formation. Chris related Subramuniya’s concept of never letting one of his monks get too settled in one place. Travel, change of environment, a new bed to lay down on at night, was possibly the single most growth-invoking assignment Subramuniya could give his students. As Chris related it, travel was what caused you to dig down into the deepest part of your soul, to find your own natural resourcefulness, and to address the world as an equal, and from an entirely new perspective. 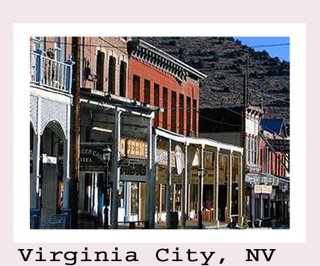 That conversation stuck with me deeply over the years. I’ve come to believe that travel unlocks the brain, shakes out old habits, and really defines who you are.

This trip to Ecuador with my friend Cecilia and her significant other George, came out of the blue.

Cecilia was born in the Galapagos Islands, daughter of the military governor of the islands and his young bride.

Cecilia went through a lifetime of experiences, surviving days at sea on a passenger ship in which the engine died, a coup in 1941, and scraping by as a student in Los Angeles in the late 60s. But she has managed to return not only to Ecuador, but to the Galapagos as often as she can, and has continued to try to help the islands by supplying computers, educational supplies, musical instruments – whatever she could to improve the lives of the people who live on the remote chunks of volcanic rock, 600 miles off the coast of Ecuador. The local slang name for folks living on San Cristobal Island (there are slang names for those living on the other islands as well) is 'Carapachudo', derived from the word 'carapace', describing the world famous tortoises. 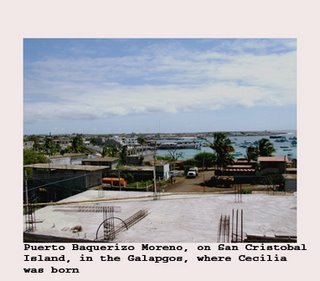 When a mutual friend who was to accompany Cecilia and George was forced to bow out at the last minute, and my schedule was clear and open to join her, I jumped at the opportunity to not only travel a bit, but also to see those legendary islands that started a revolution in thinking 150 years ago.

The trip down from LA was brutal. Leaving home at 3:30 in the morning, only to survive two very long lines at LAX (this is less than two weeks after the much-publicized arrest of suspected terrorists in England) and dragging nearly 100 pounds of clothes and equipment, by the time we reached Miami to change planes, the tiredness was washing over us like the South Florida surf. The flight from Miami to Quito is really fairly short, and for that I was grateful. 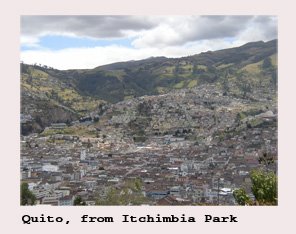 Passport and customs were a breeze, and from what I could see at night, Quito appears to be a genial, friendly sprawl of a city.

We transferred to the home of Cecilia’s brother Eduardo in San Rafael, north of Quito. The place is beautiful and welcoming. More later; my eyes are drooping. 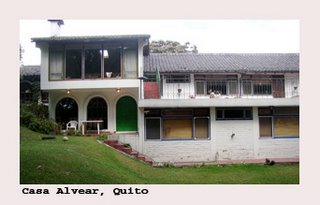